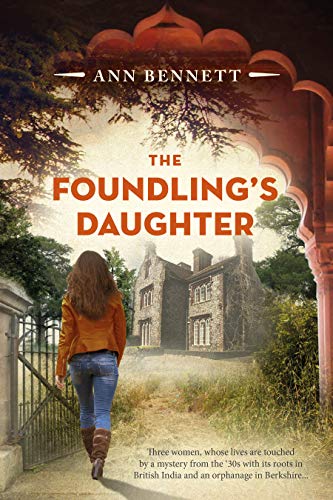 The Foundling’s Daughter written and self-published by Ann Bennett is available NOW in ebook and paperback format.  The ebook is also included in the kindleunlimited scheme.

Three Women connected down the decades by a mystery from the 1930s, with its roots in British India and an orphanage in Berkshire.
In 1934, Anna Foster, the wife of a British Army Officer, privately harbouring pain and remorse, sets sail from Bombay on a fateful journey home, a letter from a charismatic stranger — orphanage superintendent, Reverend Ezra Burroughs — in her pocket.
Seventy-six years later, Connie Burroughs, Ezra’s daughter, now in her nineties and in a care home, still lives in fear of her dead father. She guards his secrets loyally, but with a lifetime of regrets.
Sarah Jennings, escaping an unhappy marriage, moves to be near her ageing father. She buys Cedar Lodge, the crumbling former home of the Burroughs family, a renovation project she hopes will bring peace of mind to trying times. But she’s not prepared for the shocking secrets she uncovers. Determined to track down the past, Sarah embarks on a quest to expose the chilling events that took place at Ezra Burroughs’ orphanage in the 1930s; a quest that will ultimately change her life.

This is a very beautiful, atmospheric but equally tragic and poignant story set in three different time frames.  It is a story about three women who have been linked to an event that is marred by illegal, immoral and devastating circumstances back in 1934.  It’s not until the present day that the truth is slowly unravelled and the small link between the women is lengthened.

Ann Bennett’s words completely captivated me in this story.  With her atmospheric prose depicting the sensory details of 1930’s India that Anna first experienced when she was travelling to India to escape England and the shroud of gossip surrounding her father.  Anna was excited about her future in India but it soon became a lonely existence for her.

Connie is now all alone in the world and following a fall she’s living in an elderly care home.  Struggling with her ailments both physically and mentally as she is forced to sell the family home to cover her expenses at the home.  Cedar Lodge has been her home for over 70 years and was adjacent to an orphanage.  Connie is very wary of her past in the Lodge and she is afraid of the Lodge revealing the truth.

Sarah stumbles across Cedar Lodge on her way to her father’s house following a startling discovery surrounding her husband.  Sarah is shocked and angry and very unsure of her future.  She realises the place she needs to take stock of her life is at her father’s house in a small village in Berkshire, not far from Cedar Lodge.  Cedar Lodge is up for sale and is looking a little worn and tired but it still holds a presence in the village and after her first sight of the house Sarah cannot stop thinking about it.

Stripping back the walls that have held secrets for a long time reveal a story of greed, a story of tragedy and a story of lost loves.

From the sumptuous setting in India to the chilling discoveries back in Berkshire this is a brilliant story that will appeal to historical fans, romance fans and mystery fans.  If you love the work of Dinah Jefferies you will appreciate the work of Ann Bennett and the beautiful story that is The Foundling’s Daughter.

Ann Bennett was born in a small village in Northamptonshire, UK. She read Law at Cambridge and qualified and practised as a solicitor. During a career break, to have children, she started to write. Her father had been a prisoner of war on the Thailand-Burma Railway and the idea for Bamboo Heart came from researching his wartime experiences. The research took her to Southeast Asia, a place she loves and has returned to many times. She lives in Surrey with her husband and three sons and works in London as a lawyer. 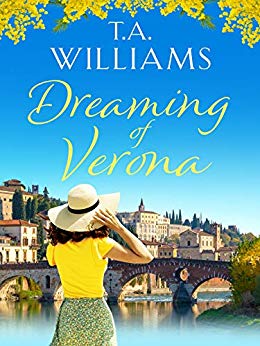